Sitting in Ms. Weeks’ living room, Vanessa tried to settle herself but found it difficult. The cozy atmosphere that had seemed normal enough the day before suddenly made her feel itchy and anxious. What of any of this was normal? How was anyone supposed to feel relaxed when their friends had all gone charging off in different directions to do goodness knows what? (page 360) 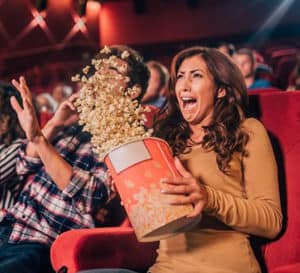 Chapter 21 — Wow, right? I hope, wow. If this chapter doesn’t wow you, then I need to give up. Or hire an assistant to write these for me, because I may not be up to the job. I knew for over a year that I would have to write these scenes. The ending of this book was one of those things that I saw clearly, pretty early in the process. But even after living with it in my head for that long, I almost couldn’t handle it. I happened to have put quite a few of the things that I find most terrifying — being in a Very Bad Person’s house when they come home unexpectedly is a frequent theme in my nightmares. Having to do some nearly mundane task when all you want to do is run and hide. Having to be reasonable and rational when all you really want to do is scream. Writing all of this was so jarring that I spent that entire weekend on edge, feeling as if I didn’t quite know what was real.

But let’s start out with Xenia’s series of discoveries, which come in very rapid succession.

The first breakthrough moment is something that occurs to Xenia, on her drive over to the Rogers farm. Thinking over that incident with Mr. Rogers at the hospital, she tumbles onto a simple answer to the question that had been bothering her.

Why would he lie?

Because he always lies. There’s nothing to be gained in giving Xenia and Abigail some false narrative about him knowing the hospital administrator, or working in the Peace Corps. But he makes it up anyway … because he makes things up all the time. Xenia realizes, all at once, that that is a pattern with him. Nearly everything he says — and many impressions he manages to give without words — are simply fabrications. Which can only mean that Dennis Rogers can’t be honest about who and what he really is.

Thinking of things in that light changes everything for her. She realizes that the entire narrative of Charlie being dangerous and unbalanced is something that his father has scripted and staged. Rogers told her — loud enough to be overheard — that he was afraid of his own son. Suddenly, a lot of what she has been seeing about Charlie and his father begin to look wrong somehow. Upside down. Armed with only that, and with the righteous indignation of a mystery-solver who feels like they’ve been cheated, Xenia walks right into the house, up the stairs, and confronts Charlie.

“What?” Xenia said, so clearly unimpressed that it stopped him cold. “What will you do? Tell me the truth? That would be a first.”

He recoiled in confusion, stung by her words as much as by her strange lack of fear. The truth? Was she crazy? But then, what was she doing there? Was it possible she knew anything?

With even less confidence, he began again, louder than before. “What the hell is WRONG with you, you STUPID —“

“Charlie, KNOCK it off!”

He fell back a step as if she had slapped him. Before he could recover his wits, she took a deep breath and faced him full-on. “I’m not afraid of you, Charlie, so you can stop this act of yours. It’s an insult to my intelligence. And don’t even think about calling me names. If you’re going to go leading me all over the place, then I deserve some answers. And you need to talk to me like a person. My name … is Xenia.” (pages 362-363)

Charlie doesn’t have to tell Xenia anything, of course. In spite of her catching him off guard, he could have kept quiet.

But the more we know of his story, the more we realize why he couldn’t do that. Charlie has been forced to live a lie. His father took him away from any hope of a normal life. Supposedly, there was a good reason for that, but we find out that even that was a falsehood. Charlie’s life has been a living hell. His father is physically, verbally and emotionally abusive, and he has forced Charlie into a life little better than slavery.

We will have a lot to say about this life and what it symbolizes. In a way, it’s not completely unrelated to the realities of slavery and the Underground Railroad that featured in the Weeks Treasure. But for now, we’ll leave his sad story. There is real tragedy here, but Xenia doesn’t have a lot of time to consider that. She begins to realize just how bad of a situation she is in. And it doesn’t get any easier when Dennis Rogers comes home.

Having heard the kind of person he really is, and seeing him without the mask of jovial benevolence he usually wears, Xenia begins to be really afraid. He and Charlie leave the house, but Xenia almost can’t make herself leave her hiding place. In the end, she has to. There are others who need her to.

Having finally come to the worst kind of crisis situation that any of us can imagine, Xenia is forced to just stay as calm as she can. She has always prided herself on being rational and unemotional, but this situation tests her to the limits. Because as we have seen often with Xenia, her logical mind is bent on her own self-interest, her own survival. It was her logical mind that made her bolt when she heard a smoke alarm, even if it meant pushing small children out of the way. And now, at the time when she finds that she must save not one child but three in the dog kennels, the voice of Brain is more of a liability than an asset.

“Girls, come on,” she pleaded, leaning against one of the posts and extending a hand. “We really, really need to go. Understand?”

But the girls just stared at her, and another gesture from her only made them grab hold of the chain link fence more stubbornly. For another minute that seemed like an hour, Xenia attempted to reason with the twins to no avail, and her mounting panic suddenly exploded in her head.

It’s only after she shouts down this voice of utterly cold reason that she can get past her own self-interest and see her way to an answer.

Xenia was never going to be able to persuade or bully those two terrified little girls into leaving with her. Instead, she has to remember someone else. She has to think about what Maggie would do, because Maggie has a real gift with children. That is an important breakthrough, and it allows Xenia to save all three children — CJ, Cassie and Kelly. She frees them from their cages, brings them out of the basement and out of that awful house. She takes charge of them, bringing them over to the golf cart, and sends them off with CJ at the wheel. For another scary minute or two, we have to wonder if they’ll be spotted.

I’m going to admit that it gave me a lot of pleasure to NOT do that. I hate that part of scary movies — the part where they know they’ve got you by the throat and they’re not about to let you go without dragging things out until you want to scream.

Well, … those writers get to write their way, and I get to write my way. I was never going to put those children in any more danger than they had already been in. Enough’s enough, I thought. It was hard enough sending off CJ and the twins off in the golf cart and recounting how long it would take before they would be really out of danger.

But in the end, they were. No excruciating suspense. (You’re welcome.) CJ pilots them safely into the forest, and all Xenia needs to do now is hide. But her nerves are so shot that even that goes wrong for her. She bolts out of the stable to get away from the explosive Pannerite, and she comes much too close to being seen by Rogers.

He doesn’t see her, though. (Again, you’re welcome.) He doesn’t see Xenia, but she sees him. Without meaning to or wanting to, she witnesses something ugly and unpleasant — how Rogers treats his son. She has already seen his mocking, malevolent tone. Now she sees his casual cruelty, and Charlie’s passive acceptance of that as his lot.

The sight unnerves her completely. She manages to find some kind of hiding place, but the scene she witnessed is seared into her mind. It tells her something that almost makes her fall apart completely. Xenia realizes that her ordeal isn’t over.

Deep breath, and on to chapter 22.

Chapter 23: Answers in the aftermath