Lent, Reading through "Vanessa" with me, Vanessa the Wonder-worker 28 Feb 17 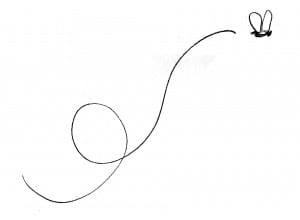 “Queen Abigail” started out with a fly. This book starts out with a rat. Am I working my way up the animal kingdom? I have no idea — I just do what the muse tells me.

Little things and big things … have you ever noticed how they go together? Sometimes the smallest remark or event can have major consequences. And sometimes the things that seem overwhelming and catastrophic need to be understood at their smallest point.

I’m often aware of that juxtaposition. Maybe that’s why the one-page introduction to Vanessa the Wonder-worker sort of drops readers into the deep end of the pool. It seemed like a bit of fun to sketch out a scene that we won’t come to for many, many pages without giving a clue about where we are or what just happened. But there’s always a way out of such confusion, and it is often the smallest things. This time it’s a rat. 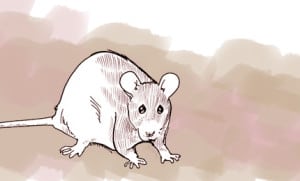 Her name is Matilda, as we find out in due course. But before we can find out more about her, we have to meet — or get re-acquainted with — the five girls of the Every Tuesday Club (ETC) of St. Michael the Archangel Orthodox Church. Those who have already read Queen Abigail the Wise will recognize the five-girl cast of chapter one, as well as Maggie’s hapless little brother, Jacob. And for those who are new to the series, I hope that that chapter will give enough explanation that you feel caught up on the basics about the girls, the Club and its brief history. Suffice it to say, the ETC was the brain-child of little Abigail, and has an ongoing mission to help people with their problems.

So after that harrowing introduction, we open chapter one with the girls having a meeting, on a Tuesday (of course) that happens to fall roughly a week after Pascha — which non-Orthodox know better as Easter. There are reasons that I set the book at this time, which I’ll get into more later, but for now, the only thing to notice about chapter one is that in spite of a sense of orderliness, there is obviously something amiss. Maggie, Xenia and Photini are participating — Abigail seems lost in thought and Vanessa is definitely distracted. There are hints in chapter one, but in order to really find out what’s wrong, we have to get those two girls off by themselves. Hence, Jeffie Sanders’ rat. 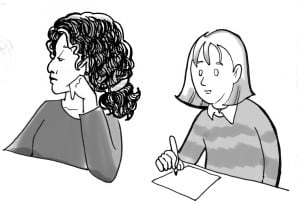 Once the girls are apart, they can finally begin to open up. The hunt to find a little boy’s rat, lost somewhere in the social hall, gives an excuse for Vanessa and Abigail to discuss what is really troubling them. For Abigail, it’s the Club — having gone along for a year, it has become a little settled in its routine, been forgotten by the adults in church and lost its mission. This is my answer to the first question I posed for this book in the last post. The question is: What happened to the Club? And the answer is: It’s in some trouble. The ETC has gone along for a year, sorting out a routine, but also disappearing from the notice of adults in church. Apart from its mission, the Club is really just a group of girls doing odd jobs. It needs some kind of boost to get it back on track.

Vanessa’s problem is a little more pressing, however. When Abigail draws her out, Vanessa has to admit that there are issues at home. No sooner is her little brother Noah settled and out of trouble than her older stepbrother James is causing trouble. He was revealed in Queen Abigail to be a rather angry young man, but now that he’s off in college, the family thought maybe his bad behavior was behind him. Instead …

” … he has this whole attitude — I mean, even worse than he used to have. He uses really bad language when he comes over, and he has gotten all arrogant and negative. What’s worse, he says terrible things about religion and Christianity — he and my dad have gotten into some bad arguments.”

Vanessa sighed, picking listlessly through the fruit bowl. “I don’t understand it. James used to be really interested in the Orthodox Church and its history, and in studying the Bible. I know he didn’t act like it, but all of that used to mean something to him. And now, he talks like he never wants to come to church again.

This is precisely the kind of real drama that I think is played out often in Christian homes, and the secular world seems completely unaware of it. The fact is, we live in an age when Christians are increasingly at odds with our shared popular culture, and that is especially clear once a person enters college. I was shocked by it when I entered college in the late ’70s, even though we weren’t a very “church-y” family. And it has only gotten worse.

In this case, Vanessa’s parents are enlisting the aid of the wise Fr. Andrew to talk some kind of sense into their son. But what can be done?

In our day-to-day life, this is a subject for a lot of grown-up debate and panel discussions. I am not qualified to contribute to any of those worthwhile efforts, but I will say that all of the rest of Vanessa the Wonder-worker is really the result of me trying to puzzle it out. It is, in a sense, my parable about falling away and coming back — about the world that fires questions at us and what we can possibly say back to them.

But that comes later. We have to continue following the rat.

Even more in chapter three

Vanessa goes off alone on her hunt, only to have a strange encounter with an even stranger person. Her name is Mary — although at some points, she seems uncertain about that herself — and she appears to be a harmless but dotty homeless lady whom a kind soul from church has befriended. What Mary is doing in the hallway by herself is a bit of a mystery, but not as much of one as the way that when she sings, there is a curious quality to her voice that gives it a resonance and warmth that seem to defy the usual laws of acoustics. Mary herself seems to defy some of the usual things we can expect about people as well, and not just in her dress and mannerisms. She is a confusing person for now, and perhaps even a little disturbing. There will be a lot more to say about her later on, but for now, it’s enough to notice the oddness with her name, and the way that she parrots other people.

And then, there are those last strange instructions she has for Vanessa … something about listening? Another mystery for Vanessa to sort out.

However, there’s one more person that she needs to talk to first. As we close out chapter three, Vanessa bumps into him. Or rather, they bump into each other. It’s her brother James, striding about in the social hall for reasons we don’t yet know.

And we still haven’t found Matilda. So it’s on to chapters four and five.