Abigail and the Orthodox Church

If you’ve seen the inside of an Orthodox church, you know that they come in all sizes. Abigail’s church, St. Michael the Archangel, was rather large and had a great dome in the ceiling, as many Orthodox churches do. (Chapter 1)

Queen Abigail the Wise opens with little Abigail at church on the first week of Lent, and it ends with her next door in the church’s social hall after the late-night service of Pascha (which non-Orthodox call Easter). Even when the action happens somewhere else, the church is never far out of the picture. In Abigail’s case, that’s St. Michael the Archangel Orthodox Church in Benton Bend, Missouri (and I made up all of that except Missouri, by the way), but the larger frame of reference is the Orthodox Church, which is sometimes also called the Eastern Orthodox Church or the Orthodox Christian Church.

I don’t think that a person has to be Orthodox to read Queen Abigail — at least I hope not; that wasn’t my intention — but I realize that a reader that is non-Orthodox or that is an Orthodox inquirer might feel a little lost sometimes. So here’s a bit of context just to help out.

In a nutshell, the Orthodox Church is:

However, if all that sounds like it would make for something that is stiff or sterile, let me just add that the Orthodox Church services are also: 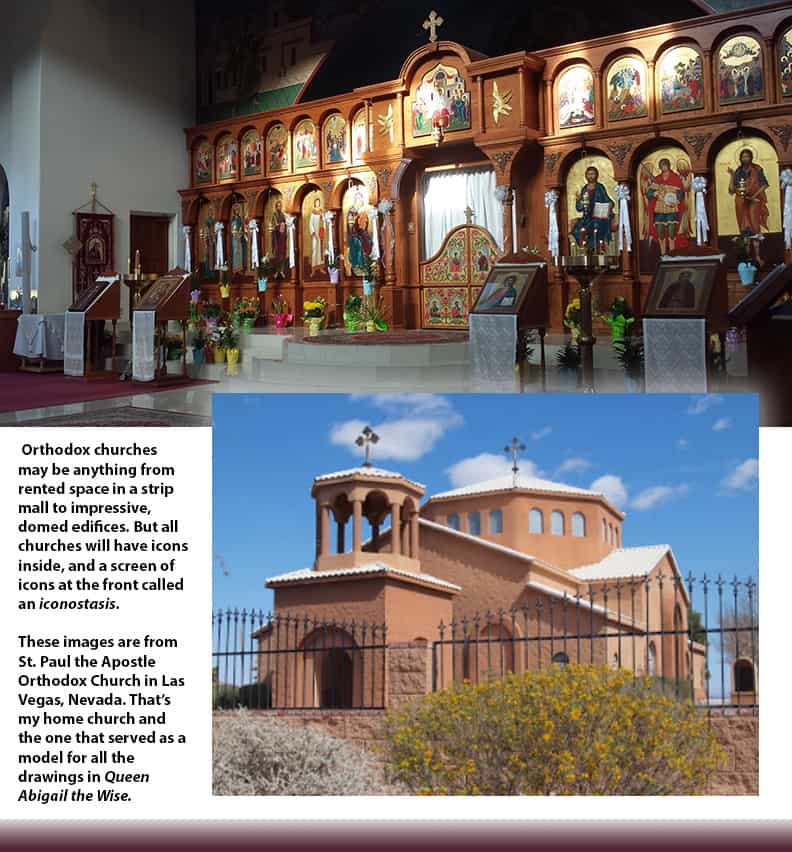 If all of that sounds like biased, I admit that as a convert with 30+ years in the Orthodox Church, I am still amazed by it all the time.

However, I haven’t forgotten the point of this post. So, in the interest of understanding where little Abigail is coming from, let me point out that Orthodox services are also:

That seems like enough to get started. And now, as they used to say in the British children’s programs I used to watch, “Are you ready? Then let’s begin.”