In all of her twelve-and-a-half years, Vanessa Taybeck thought she had never seen so much pandemonium.

It was nearly pitch black on the grassy area she was standing, but there seemed to be quite a number of people running in different directions — some carrying trays of food and others yelling orders.

In the same crowd, others were whooping for joy, even crying. She could make out the forms of some dancing in place, glass crunching under their feet on the squishy earth.
And of course, there were feathers everywhere.

Vanessa was yanked aside by her mother, just as two people ran by on one side, carrying a rug that they used to beat back some flames in the grass in front of her. As she stood aside, the flickering glow from one remaining outdoor light suddenly illuminated the nearby face of a woman in charge who was looking over at Vanessa with an expression verging on rage.

She blames me, thought Vanessa miserably. But maybe in a way it is my fault.

Who would have thought that you could get in so much trouble just for trying to do a good thing? Where had she gone wrong? It hadn’t started with talking to a certain homeless woman, or even trying to win a bet with her brother. No, didn’t it go back earlier than that? 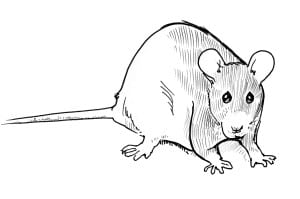 Vanessa nodded to herself. It did. It all started the week after St. Thomas Sunday.

It all began with Jeffie Sanders’ rat.